Angela Coffin: ‘There’s just something magical about the relationships you build with kids’

Angela teaches seventh- and eighth-grade English Language Arts at Vision Academy at Riverside. She has been an educator for more than 10 years.

As told to Shaina Cavazos

I was actually at Vision the first year of them being a middle school. It was exciting to be in on something from the ground up. I went into education to change the world, and so I’ve always had projects in my classroom reflect that. We’ve done a Stop the Hate project, we’ve done a research project on modern genocides — I think it’s really important for kids to be aware.

I was part of the Fulbright Teachers for Global Classrooms Program, and through that program, it sparked an interest in me to create this global education classroom. Across the board in our middle school classes, there’s a 30-minute time where students learn about Sustainable Development Goals, which is something put out by the United Nations. One goal is zero hunger, one goal is no poverty, and there are goals to end discrimination. Next year students will work in groups to create their own Sustainable Development Goal. If there was one more way that they could change the world for the better, what would it be? We’ll have them research it, figure out action steps, and do a big presentation for the community at the end of the year.

Students get really fired up about what goes on in the world once they’re educated on it. We’ll read To Kill a Mockingbird and learn about racism, disabilities, poverty, and what it’s like to walk in someone else’s shoes. We read Maus and learn about the Holocaust and modern genocides. Opening their eyes to the idea that this was horrible, but genocide is still occurring –you’re just not being told about it all the time. You’d be surprised how many of those kids have come back to me and said these projects meant so much to them, and they’re doing something even now that has something to do with policy. If we can move away from things like standardized testing and benchmark assessments and get students to do project-based learning, that just builds such a better classroom environment. By doing a hands-on activity, they’re more excited to learn, they’re more excited to make those connections.

There’s just something magical about the relationships you build with kids and that time period in a middle-schooler’s life, which is why I love teaching them. In some ways they are still very much these young children, but they’re also pushing that away at the same time because they want to be adults. They don’t have to care about you, they don’t have to trust you, but if they do, then they’re going to try harder for you. It’s almost a victory when I have kids come back and visit me in high school. A lot of people remember their high school teachers, but I want to be that teacher that got to them first. I’ve been teaching for 10 years now, and I feel like that is the most true thing that I’ve learned, is just how important relationships are.

We’re featuring each of the 11 Office of Education Innovation 2020 Teacher of the Year finalists. Look for new features throughout the summer and fall. 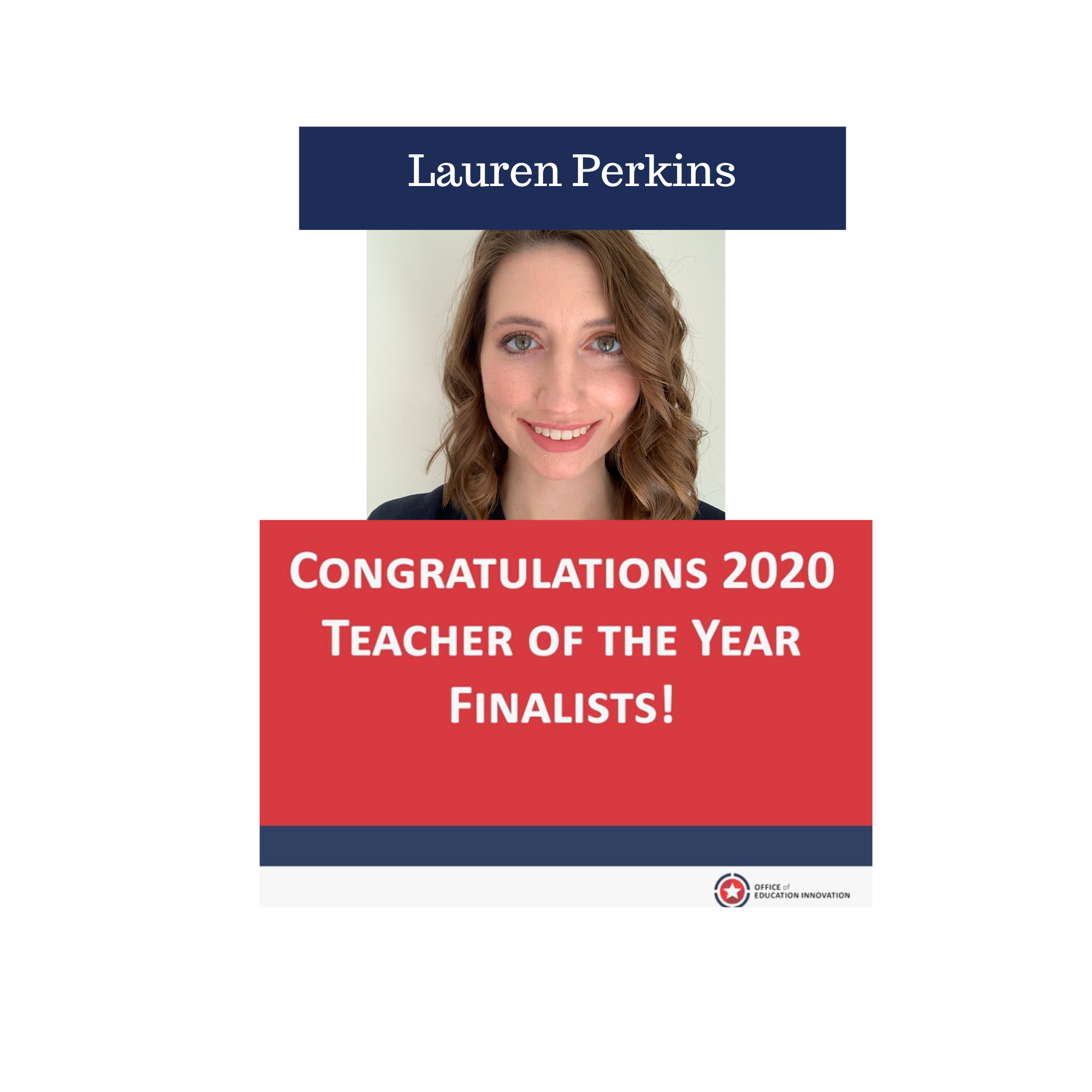 Lauren Perkins: ‘I’m so inspired by my students’ tenacity and their stories’

Six ways educators can use and shape the Indiana eLearning Lab